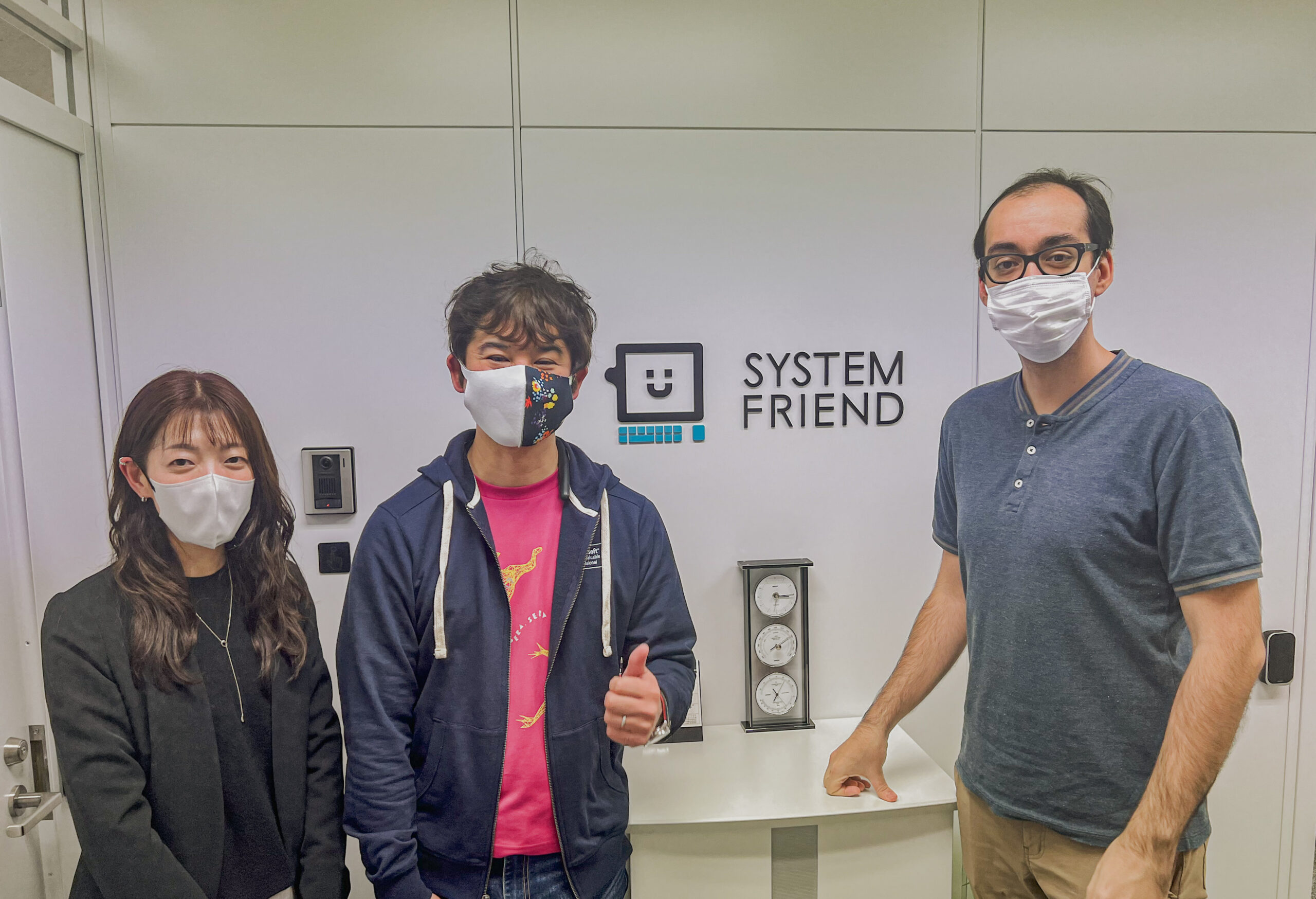 XNUMX.Interview with the person in charge of the employer company

Q. For what reasons does your company actively hire foreign personnel?

Mr. Okamoto: We don't discriminate between foreigners and Japanese.I don't want anything special just because I'm a foreigner, but there are many foreigners who can speak multiple languages, are excellent and highly motivated, and can quickly collect new information from around the world and share it within the company, which is a great stimulus. I believe that

Q.Is there anything you are careful about when working with foreigners in the company?

Mr. Maemoto: Many of our customers are Japanese, but we do not discriminate between Japanese and foreigners.However, Japanese is extremely difficult and contains many expressions that are ambiguous, so I try to be conscious of the characteristics of the language when I speak, such as avoiding ambiguous words as much as possible in my work.

Q.What was the decisive factor in hiring Jorge?

Mr. Okamoto: Mr. Jorge, it was the first time for you to work for a Japanese company, so I was a little worried about just the interview, but I think it was very good that there was an internship period.We were able to confirm with each other whether Mr. Jorge would really be able to work here and whether we would be able to get used to our company.

Mr. Maemoto: When I dared to ask him to do various tasks during the internship period, I thought that he had a high potential because he was able to complete it quickly regardless of language.

Q. How long was the period of the internship as a good time to assess?

Mr. Maemoto: At the beginning, there was a period when I was at home, and at first, the one-on-one relationship was not very dense, so the internship period was about 1 months as a judgment period, but normally it is normal. , maybe a month or so.

Q. What elements do you expect from foreign human resources?

Mr. Okamoto: I think it is very attractive to be able to gather information quickly on the technical side, and to be able to disseminate information on new products and demonstrations in multiple languages ​​using SNS.As a matter of fact, foreign workers tend to have a slightly higher turnover rate than Japanese workers due to reasons such as returning to their home countries, but we are positive that it cannot be helped. I understand that, and more than that, I try to be conscious of maintaining a certain number of foreign human resources at all times.As a company as a whole, we believe that a certain number of foreign workers will be able to join the company with a sense of security. I think it's important to keep going.

Q.Are there any other positions in your company that are recruiting foreigners?

Mr. Maemoto: The xR group is a new industry, members are scattered across countries, customers are global and countries are not bound by time, and it is not a job that requires face-to-face meetings to proceed with work. I think that it is an environment that is easy for foreigners to work.

Q.Is it difficult to get a job in Japan if you are not fluent in Japanese?

Mr. Okamoto: When I hire foreign workers, I think that "they must be very fond of Japanese culture and Japan itself" is an important condition.At the moment, I personally feel that people who like Japan even if they are not fluent in Japanese are more willing to learn Japanese and learn it faster.We have also hired English-only people, so it is true that trying to communicate in unfamiliar Japanese is time-consuming, but xR Group's front book itself is also fun as a whole. Since we have a stance to do so, we can entrust foreign human resources to this group with peace of mind in terms of human resources.I think that it will become more and more difficult to secure excellent human resources in the future if companies also set requirements for hiring people with high Japanese language skills.

Mr. Maemoto: For me, software development simply depends on whether I have the necessary technology, and languages ​​and races are not so much a criterion for judgment.

Q. Why did you choose TJA?

Actually, I didn't know that TJA was a new course. I saw an advertisement on FB and contacted the school.I talked with the staff, heard about the curriculum and schedule, took a programming language test, and received a scholarship.

Q.Are there any gaps or realizations you've noticed since you started working?

Compared to Mexico, it's completely different, but the current xR Group is a very relaxed place to work, and it may be different from Japanese companies.I think that I am able to enjoy my work very much because I am a system friend.My friends tell me that working in a Japanese company is not difficult, but in reality, I find this job very enjoyable. However, I was able to get advice from the president and people at the company, and I learned a lot.Everyone is kind and has good teamwork, so it's a lot of fun.

Q.Do you have a message for people who are currently job hunting?

You should study Japanese after all.I think that Chinese people and people who are good at kanji can read what they write, but I think it is important to be able to have a conversation and be able to explain.I think that programming jobs may be one of the few jobs where you can work together even if you speak different languages.